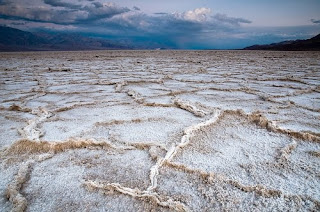 .... you know the one. I think that most people, even those who are "non-religious", are familiar with its name.

It's the big-daddy of them all.
The Valley of the Shadow of Death.
It's mentioned in the Bible and has been referenced in countless books, movies, TV shows, etc.

I used to think it was a proverbial valley that one went through on the way to one's own death.

But now I think that's not quite it.

I think it's the valley that I was plunged into in the early morning hours of December 18, 2007.
It's the valley that I laid in, crawled through, walked in .... or just sat in for 2 years.
It was hell on earth.
And it's not something that I like to think about now. Even as I write this my stomach is hurting and my heart is racing.
It was a very dark, deep and cold valley.
There really aren't words to describe the horror of this place.
And for the longest time I could see no way out of it.
Ever.

But I continued to crawl.
Some days.
Some days I just sat there and sobbed.
Other days I went backwards, trying to see if I could leave the way I had entered.
Nope.
There's no back door out of this valley.
You can only go forward .... or not.

If you're reading this then you've probably been, or most likely are, in this valley.
We all take different amounts of time to get through it.
There's no right way.
There's no guide book.
It's just guts and instinct.

I can now say that I am out of this horrible valley .... though I can turn around and see that it's still very close behind me.
Some days I slip back to the edge of it.
But those days are fewer now.

I don't feel special for having made it out of this valley.
I don't feel courageous or victorious.
I know that I am stronger now because I walked through it.
But I'm also humbler.
And very, very grateful ....
.... that I made it out.

And I'm wishing every ounce of strength I have onto those who are in it.
I am "willing" them to come out.
In their own time.
At their own pace.
I am pulling for them.
Just to make it out.

And I hope, that as I greet some of them on their way out, they will join me in "willing" others out.
Because, unfortunately, there's a never-ending line of people walking through the Valley of the Shadow of Death.
And we all need each other.
We need to share our will and our strength and our encouragement.... and our stories.
Because that's all we can do.