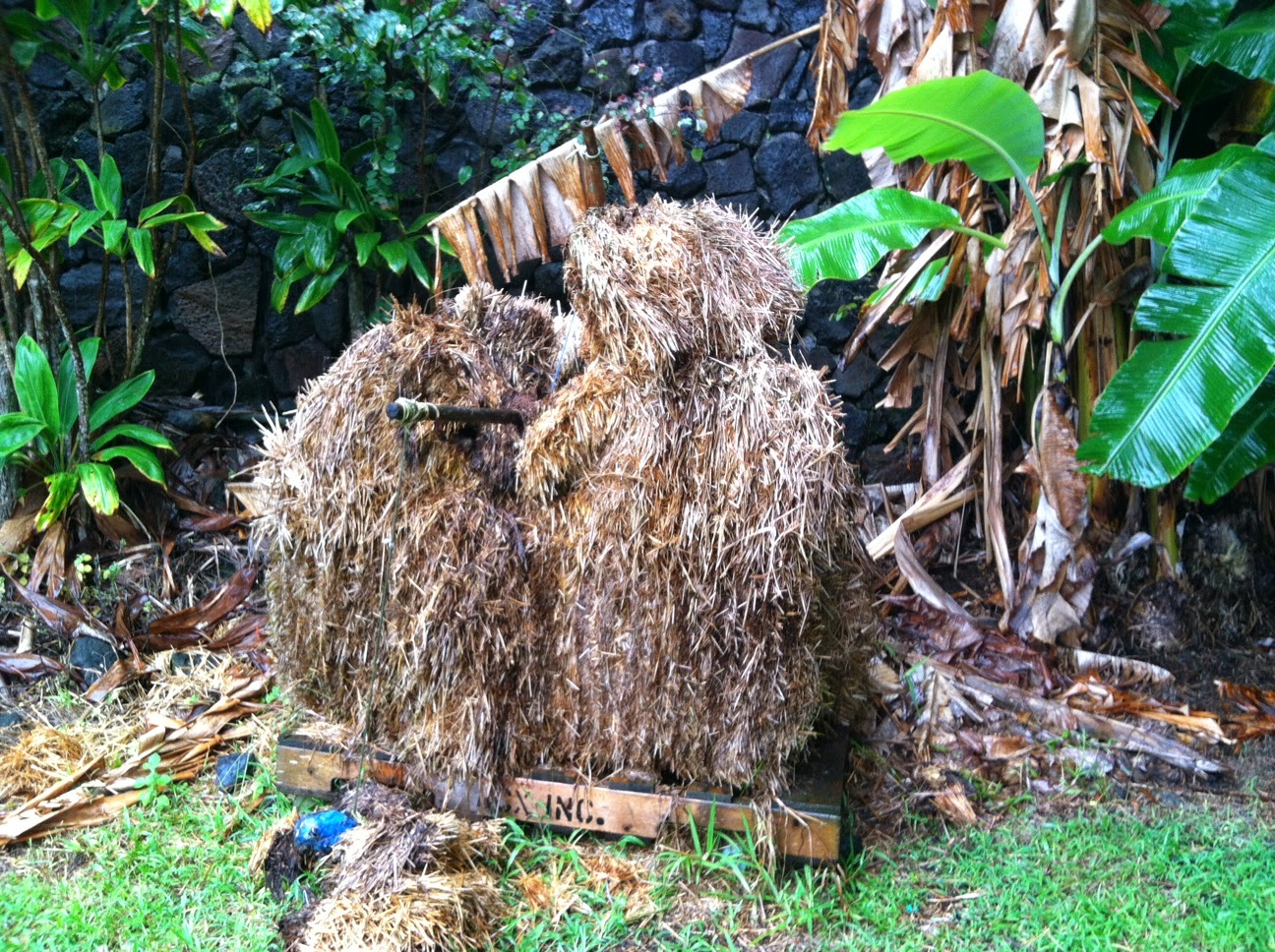 I've heard a lot of widowed people say that, as I have, and continue to, some days.

I miss a lot of little things about being married to Mike. It was a comfortable, familiar life, after nearly 14 years of marriage. I can still hear him shuffling across the tile floors, whistling. The refrigerator door opening and closing. The toilet flushing. His computer game blips coming from his room, or the strum of an ukulele from the porch. Maybe his truck pulling up outside after a run to the dump. The thwack of an arrow hitting his archery target outside.

He used to love to listen to me play the piano. Now I play to an empty house, when I can even bring myself to play at all. And his hay bale target rots away more every day in the rain. I really should do something about that, but I just don't have the heart yet.

We were happy staying in most nights. We'd share a glass of wine or a beer on the porch watching the sun set. I'd cook dinner, something I really enjoyed, and we'd eat together at the table. He would do the dishes - most of the time. Sometimes he'd make his famous tacos, and I'd do the dishes. We'd watch our favorite TV shows together, or a new movie from Netflix. We had our routine. Now, if I'm home, I usually eat by myself standing up in the kitchen, or in front of the television. I rarely cook if I'm alone, but the other day I made a piece of fish for myself and ate at the table for the first time, reading a book. It felt weird.

Sometimes Mike and I would go out to dinner, or go to the theater for a movie. Sometimes we'd go to the beach, or take a drive somewhere around the island. He loved it here in Kona so much.

But mostly, we stayed home together, especially in the last couple of years. There were even some days I was annoyed by his constant presence. I tend to be a rather solitary, independent person - more than he was, for sure - so I'd make a point of running an errand by myself, or working on a project without him. I'd try to get him to go ride his bike, or go body surfing without me. I feel guilty about that sometimes now. And ours was not a perfect marriage; he wasn't perfect, and neither am I. So sometimes I think well, maybe this is just how it was meant to be, so I would do other things with my life. Maybe I was supposed to do other things with my life but wouldn't have if he were still around, that I am supposed to evolve some other way. And I feel a sinking, dark guilt for thinking that.

I go out a lot more these days. Because I am making a point of finding new things to live for, new people to spend time with; a new existence, somehow. Because I need to live life, even though he's gone.

And because I hate being here alone now. Before, being alone was a choice; now, it's been thrust upon me.

I still have moments every day when I stop and think - I can't believe he's really gone. Maybe it doesn't matter whether or how we've moved on with our strange, new lives. Maybe it won't matter that we have a new person in our life, or - surprise, surprise - moments of happiness. We might even think - hey, maybe I can really do this moving on thing, and it can be good in its own way. And then something happens that reminds us they are never coming back. Some little thing that we miss about how it used to be. Maybe that sick, gut-wrenching pit-of-your-stomach sensation will just never completely go away, like a terrible scar.

I'll keep walking forward, because that's the kind of person I am - and because when it comes right down to it, I have no other choice. And I am grateful for what I do have.

But a part of me will always long for my old life with Mike.
Posted by Unknown at 12:00 AM