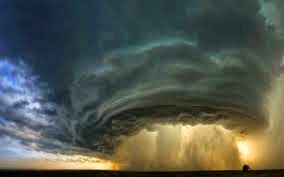 Last weekend a friend who is dear to me and was dear to Mike since nearly the day we moved to Kona in 2001 had a terrible asthma attack. This young man was 11 when we met him. He is now 25, so we have seen him grow up into a young adult. He and his mom were devoted students of Mike’s for many years in martial arts, and since his father was not present in his life, they became like family very quickly. Mike’s death has just wrecked them both, I know, and it has been a long journey of grief for all of us, losing his powerful and reassuring presence in our lives.

My friend died in the ambulance on the way to the hospital, but was revived by the paramedics. and put on a ventilator for several days, unconscious. A total shock - there was just no way we could lose him too - not like this, not so young.

On Monday I drove to the hospital, having heard scary words like “brain damage” and “life support” and “intensive care”. I couldn’t believe this was happening, and my mind raced as I sped down the road. Of course all the memories of all those trips to the hospital with Mike came rushing back. The closer I got the worse it became…by the time I got there I was totally triggered and shot through with emotion. I called my friend and fellow widow Margaret from the car…we have become each other’s “go-to” person for moments like these. She was working, I knew, and couldn’t pick up but just hearing her voice on the message helped and I knew she would call back when she could, and she did. Meanwhile I collected myself as best I could before I went inside.

When we spoke later that day, Margaret mentioned about grief bursts, which is a term I hadn’t heard before. She said she actually thinks of it more as a grief storm, like a hurricane of emotion that blows through very intensely. Essentially a relatively short period of intense sorrow that can come upon us in random moments, or times when life presents any of a number of triggers.

When I finally found my way into the ICU I hugged my friend, his mom, expecting to hear the worst…but she was smiling. Just before I arrived they had had the first little inkling that he was coming out of it. She was talking to him and he cracked a smile, through the tube. Another friend of his said he felt him squeeze his hand, and when I stood by his bed and said who I was and that we were here with him he lifted his head slightly and tried to open his eyes as a tear erupted and rolled down his cheek.

The next few hours a few more friends arrived and we all took turns holding his hands, rubbing his feet and talking to him as he slowly began to regain consciousness. But the end of the day they had removed his breathing tube and he was able to say a few words - enough to know he was back, and not damaged. Thank God.

But the experience has left me shaken, like a grief hangover or something. That feeling of horror…that shadowy specter that life is filled with death and there’s nothing any one of us can do about it. We are all going to die…our friends and family will die…the sun can be shining brightly here in this lovely place and yet my heart feels leaden…dark…stormy. We can never know when something bad will happen…I feel traumatized and know these tragic aspects of life are forever out of my control.

I can try and put a smile on and be a source of strength and support for others, but inside, I feel weak and fragile. I can try and be the center of the hurricane…try to find peace and quiet amidst the tempest, but occasionally the winds and thunder will find their way in and blow me over.
Posted by Unknown at 12:00 AM