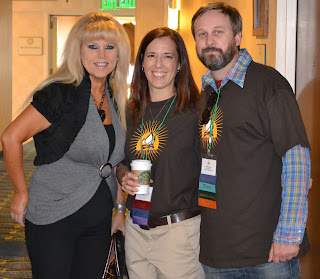 Six and a half years ago the worst thing happened. I wasn't prepared, I had never imagined (who does I guess?), and even if I did spend anytime pondering what life would be like if my 39 year old husband was hit and killed by a car, I still wouldn't have dreamed up the life that has come after that worst moment.

I could not have imagined the brutal pain of waking up in an empty bed.

I could not have imagined picking up the phone to call him, over and over again...I would have guessed that eventually I'd figure out that he wasn't going to answer.

I could not have imagined six years after his death STILL thinking I saw him standing on a street corner.

I could not have imagined how my heart would break when I read what one of my children would later write about that day, or the ways in which his death would change their lives.

I could  not have imagined being surrounded by other widowed people. And if I did imagine such a thing I am sure I would have expected us to all be sharing kleenex instead of laughter.

I could not have imagined telling my story in front of hundreds of people or the tightness in my chest that would accompany that storytelling each and every time. I would have imagined getting used to the words, that somehow saying them over and over would make them lose their power.

But more than any other thing I could not imagine on the day that my love died, I could never have imagined the friends I would make as I put the pieces of my shattered life back together. My widowed community changed my life. I wouldn't be who I am today without the people I have met along the way. They inspire me. They encourage me. They lift me up, and also anchor me to this world. The one I am left with now. The one that is more beautiful than I could ever have imagined 2,402 days ago.
Posted by Michele Neff Hernandez at 9:54 AM