Catching a Glimpse, I Think~

In the last few weeks I've caught a glimpse, I think, into the world of soldiers and Marines who return from the war zones, having defied death, seen their buddies die, who have had their hearts pierced with the tenuousness of life.

So often, I've read in numerous memoirs, they return to their so called normal lives but they go out and buy fast motorcycles, faster cars; they become thrill seekers.  And I think I have some understanding of what goes on in their heads and hearts as they look at life around them.  Just a glimpse, really, because their experiences are ever so much more than mine has been.

I don't think they're courting death so much as they're trying to find something...anything...that might make them feel again.  Something that will overcome the grief-filled apathy that comes along with numbness.  Something that will help them connect again to the living, maybe jump-start the very breath in their lungs.

That's where I am in these last few weeks.  I feel within me an urge to push, push, push beyond comfort zones, stretch outside of any and all boundaries.

As more time has passed since Chuck's death, the emptiness inside me grows.  Irrespective of my kids and grands and friends and other family, all of whom I love dearly, I feel completely alone.  Life goes on, as it should.  Yes, I know I'm loved by so many and I am so blessed with that, but those relationships don't replace being someone's someone, do they?

What is this growing sense of wanting to live on the edge?  Do I want to sky-dive? No.  Honestly, my first thought is to go out somewhere, anywhere, and go crazy with lovers.  Not in a one-night stand way but in a getting to know a man and then having wild and crazy sex with him.  And even as I write this, I realize that this crazy urge is the result of the distinct lack of intimacy in my life since Chuck died.  It has to do with the disconnect with my sense of female-ness and connecting with male energy so that I can (might) experience that again.  It has to do with wanting to be hugged and kissed and touched by a strong man.  Even though I want desperately for that man to be Chuck.

I'm so sad that Chuck died and I don't know anymore if it's sadness that is emptiness inside me or emptiness with sadness and there is a burning wish in my soul to force myself into some semblance of feeling again, of connectedness again.

I can't stand it that he died.  I can't stand it that I'm a widow.  I'm sad and it's overwhelming and it makes me think what the fuck I'm just going to find a decent guy and have wild and crazy sex and then maybe....maybe it will be enough of a distraction that I'll get a break and...breathe.

I don't know.  I don't know much of anything any longer.  Except the emptiness filled with his absence. 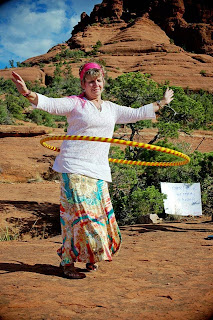