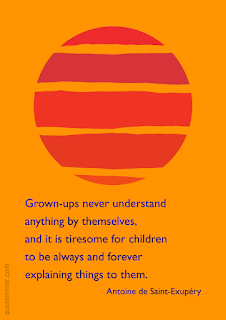 Two days ago, I experienced my first Mother's Day without Megan.  Had you asked me back in January how I would have handled it, I would have expressed sheer terror at the prospect.  At that time, just two months since losing her, all I could imagine was that I would be an emotional train wreck, and would probably have just called my mother and mother-in-law to wish them a happy day, and stayed holed up in my house.

That isn't what occurred, however.  Yesterday was "OK", for lack of a better term.

Our tradition for the past few years had been for Shelby and I to wake up early, go downstairs, make a mess of the kitchen preparing bacon, eggs, pancakes, and coffee, and bring it to Megan in bed, along with a card and a small gift.  Shelby would turn some cartoons on and we'd sit and talk, all three of us, until Megan was ready to get out of bed.  It was a simple acknowledgment of how special she was, and that we would do anything for her.  We would clean up the kitchen and get our day started, where we would be visiting our parents and probably going out to dinner in the evening.

I woke up Sunday at that same early time that I always do, fully aware that it was Mother's Day, and painfully acknowledging the fact that for the first time in eight years, Megan wasn't there to cook breakfast for.  The dogs, having woke me up, were fed and let outside, and I went back to bed.  The bacon stayed in the freezer, and the coffee pot sat there cold.

After a few hours, I roused and went downstairs to find Shelby watching some cartoons, and the dogs, as per usual, passed out on the couch beside her.  I asked if she was hungry, she responded with a yes, and asked if we could cook.  This suggestion seemed completely foreign to me for some reason.  I think that I may have forgotten in that moment that cooking breakfast wasn't just for special occasions, and I casually suggested we just go to McDonald's.  Even Shelby was somewhat miffed at this, as it is very rare that we eat McDonald's period, let alone on a Sunday morning.

We returned home, greasy, bagged food in hand, and sat out on the deck to have breakfast.  I began to think about what Mother's Day would or should be in the future.  I don't want random Egg McMuffins at 10:00 AM to be our new tradition.  This was one of those times where it would just be nice to shoot a text to Megan and say "What do you think we should do?"

I felt incredibly "single" at that moment.  This started as neither a depressing nor contented feeling.  It was just present, acting as a catalyst to my thoughts.  I'm a single parent.  Within the four walls of our home, Mother's day has lost it's happy connotations.  Now, it only sharpens the focus on Megan's death.  It serves as a reminder that Shelby will never make breakfast in bed for her own mother, ever again.  At just 8 years old, Shelby is celebrating Mother's Day by sitting on a deck and eating fast food with her dad.  This is not what I had in mind.

This brought me to thinking about the woman I am now dating.  Shelby adores her.  She has no children of her own, but I know she is an incredible mother nonetheless, and she understands (and sympathizes with) how confusing this journey is for not only me, but also for Shelby.  I am indescribably lucky to have someone that I can at least bounce things off of, and not have it seen as "baggage".  Undeniably, the thought crossed my mind that she may be celebrating Mother's day with us in the future.

As I sat and let all of these thoughts manifest, Shelby began playing with the dogs and laughing.  It was one of her deep belly laughs, the one you hear when you know she doesn't have a care in the world.  It was then that I knew that it will be Shelby that dictates how we celebrate her mother.  If it means cooking breakfast, and eating it ourselves, then so be it.  If it means eating fast food, then we'll do that.  She is old enough now that she can make her own judgments, and I will support her in whatever she wants to do, just as I did Megan.  Mother's day will now be Shelby's day.

I may make suggestions to her, but ultimately, I still have my mother to celebrate.  Only Shelby truly understands what it's like to have lost hers.  Perhaps in this case, she should be my guide.