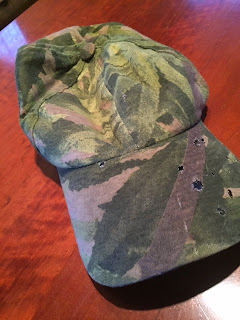 I’ve said this before and I’ll say it again, because it never changes: Mike is ALWAYS on my mind. He doesn’t go away when I’m working, when I’m busy, when I’m cleaning or shopping, when I’m hanging out with friends old or new, when I’m listening to music or watching a movie…he doesn’t go away even when I’m thinking of my future that cannot include him. It’s like this little corner of my heart is, and always will be, reserved for him, and only him, and that awareness is constant, and eternal, at least as long as I shall live.

BUT - at the same time - he is not here. He is never here. He is GONE. He is NEVER coming back. Sometimes I sit and concentrate on him - I call up my memory of him, how he looked, how he walked, what he wore, what it was like to be around him…I try and place him in my now, maybe as some kind of comfort, or maybe as some sort of reminder, hoping I will never forget all the little details. Trying somehow to keep him alive somewhere inside of me. In that sense I know he is truly gone, and over time it gets harder and harder to bring it all back.

Yesterday driving around town running errands I suddenly heard myself cry out loud, Mike, where are you?? as I pounded my hands on the steering wheel. No tears; just something more like frustrated disbelief. I just haven’t felt him around; I haven’t dreamed of him or seen any of the silly little signs I convince myself could be him poking me from beyond. (I am lucky I’ve had quite a few very incredible dreams of him since he died but none for a long time.) And I truly did wonder where he really WAS. Is he out there somewhere? Is he just gone? Despite my faith, I still wonder about it all.

So last night I had a dream and lo and behold, there he was. It was a silly dream; nothing earth-shaking. Just a silly little vignette that included him. He and I were in a parking lot of a local shopping area here in Kona; I could clearly see him standing there beside me, dressed in his favorite camouflage cap and t-shirt, holding a cup of Starbucks. He was clean shaven and not quite a gray as he was when he died; he looked somehow a little younger…very alive, and vibrant, and happy. He was going into the store and I was going to wait at the car for him. While he was gone I saw people coming out of a door behind the building so I went to investigate; sure enough I discovered a new little marketplace back there I hadn’t known existed before. A little drug store, a fruit market, and various food stands with various ethnic cuisines we simply don’t have here in our little town. I got really excited about my discovery and proceeded to try and call Mike to tell him.

My phone had no contact information for him, but I remembered his number so punched in the digits. When I connected it wasn’t him live; it was like I was listening in on a call or maybe a voicemail where he was talking to some friend of his about martial arts training, assuring him he could teach him what he wanted to learn. When I got back out to the parking lot he was also not to be found again. Then I woke up.

I lay there thinking - ok well thank you, THERE you are, Mike. It was good to see you. Then at the very same time - where the heck ARE you REALLY?? And the sad, sinking realization, for the millionth time, that I will never, ever see him again. At least, maybe, until I go where he is, wherever that is, if it is. Until then, I have only memories, pictures…a few of his camo caps…and the haunting embers of my dreamtime visions.