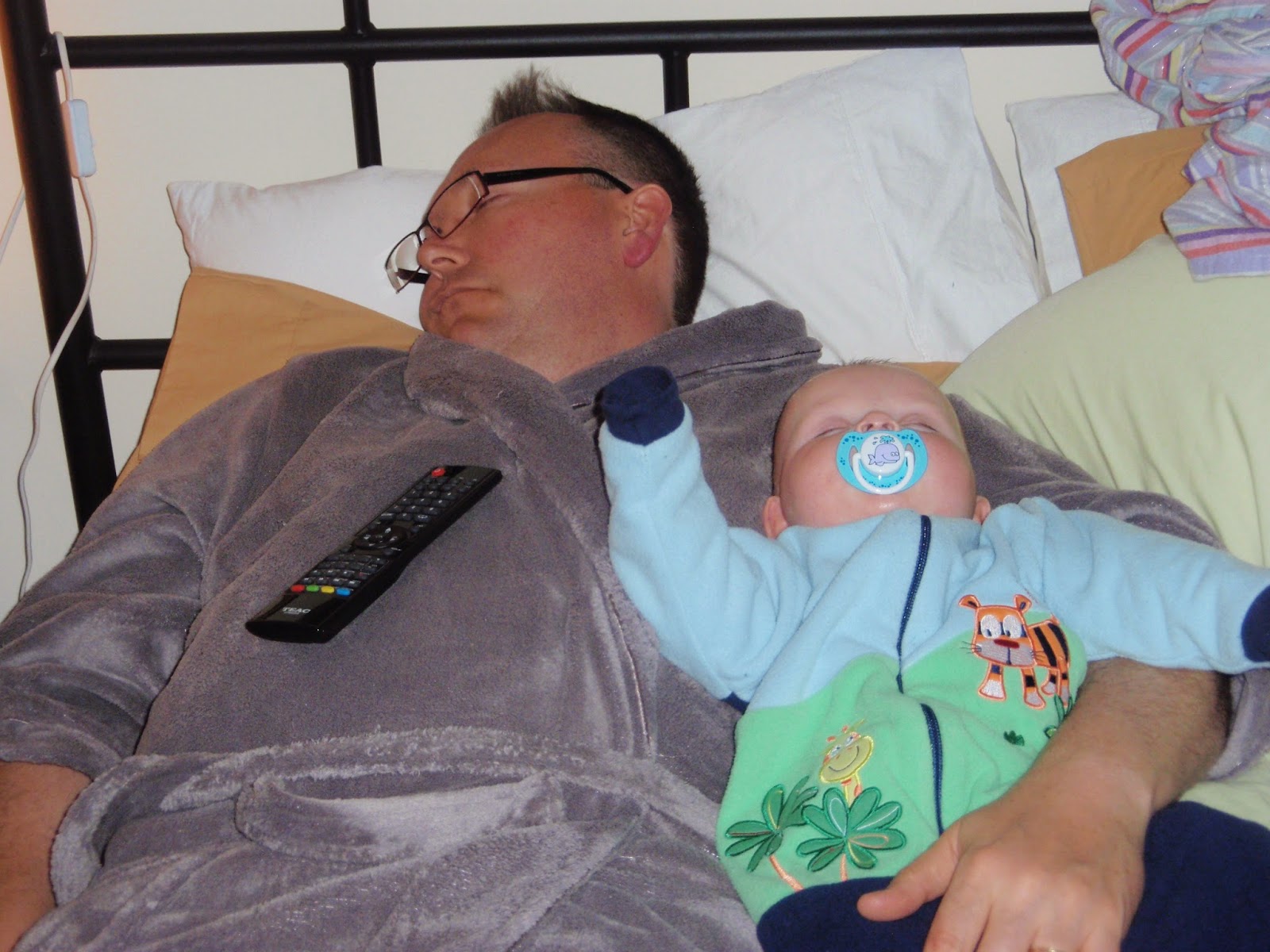 Right from a young age, Ian encouraged co-sleeping  with John.  Ian always wanted him close.  It was a habit I personally wasn't keen on, but let it slide.  Once they were both asleep (like in this photo), I'd take Ian's glasses off, and move John to his crib.

Since it was the easiest way to calm John, I maintained that habit once Ian got sick and John and I spent the first few weeks of his illness camped out at my parents place.

And it continued once we came home.  If I'm exhausted and John's not going to sleep, if he's in with me he drops off more quickly than left on his own.

But in the last few nights, he's moved himself to falling asleep in his own bed, without necessarily needing me cuddling him like his dad did, and staying there for most of the night.

And now I'm having to adjust to having the bed all to myself, and not having someone to cuddle, or at least reach out to.

Alone.  Consistently.  For the first time since Ian got sick two and a half years ago.

In some ways I'm very much aware of Ian's absence.

In other ways I'm enjoying the space the absence of a small person who seems to take up much more room than his father ever did has given me.  And not getting kicked, punched, rolled on, shoved to the edge of the bed, having my pillow stolen, or woken up by a sleep talking child having in depth conversations with whoever (another trait he's inherited from his dad).

And I'm not sharing my bed with a whole heap of toys that either hurt or make noise if you roll on them or knock them and freak you out at three o'clock in the morning - Buzz, Spiderman, a 2-foot long fire truck, toy cars, blocks etc etc etc.  Because I'm 3 - I HAVE to have all my friends with me!

I guess it's one of those rolling changes you just have to get used to. 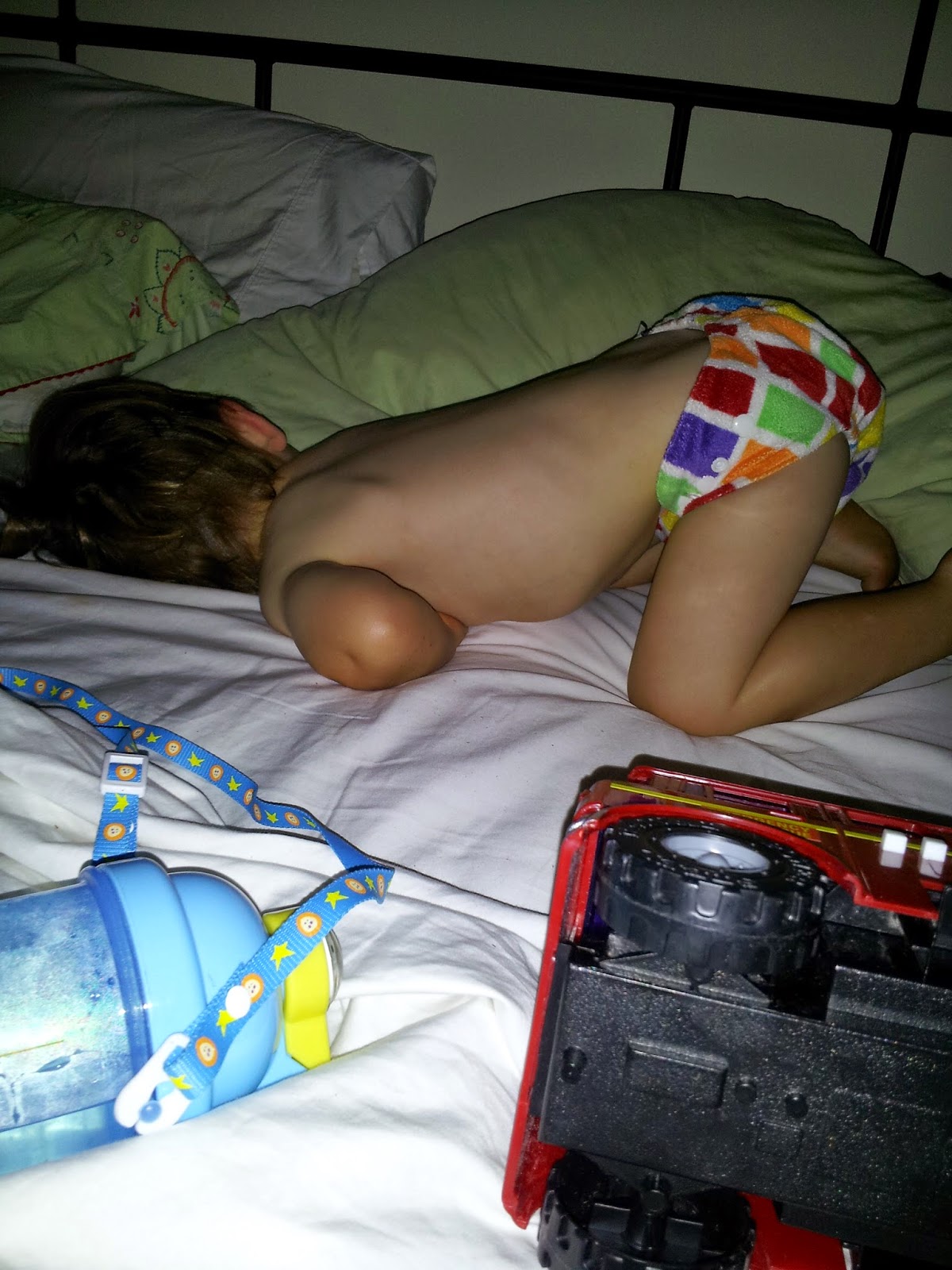 That's my side of the bed, my pillow, awkward sleeping position,
the undercarriage of said fire truck, and a water bottle at the close of his 2nd birthday.﻿

Posted by Kerryl Murray McGlennon at 12:00 AM