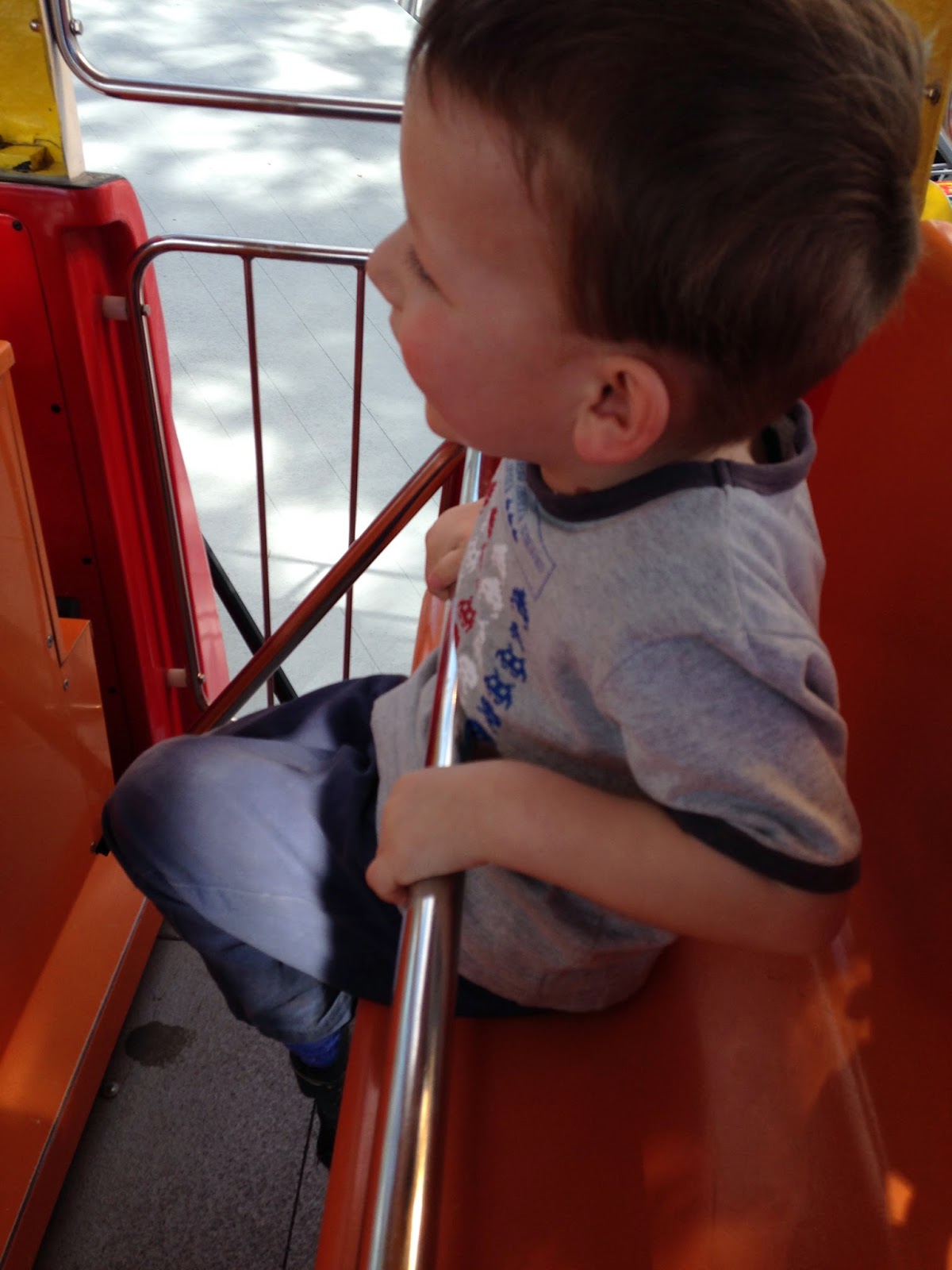 John on a ride at our state fair
It's one of those 'what the heck to I write about' weeks.

It's hard because it's been a "good" week.   Which is really anything that isn't a bad week.  The week has been without too many of those sledgehammer 'my husband's dead' moments.  And when they've come, it's been at odd times, like unstacking the dishwasher.  But it's simply been a week where we have been living our lives, without being overly aware of why our lives are the way they are.

I've even be relatively comfortable as a solo parent plus I've knocked a lot of things off the long-standing to do list.

I took John to our equivalent of the state fair late last week. We had a full day out, spending some of the day with friends who came into our life through Ian, and it was quite successful.  There were some "frazzled, squarking mum" episodes (usually when John ran off and I couldn't find him in the crowd) but it was a good day out.  Plus we got to spend a bit of time with some of Ian's friends, who John adores.

A key personality trait of John's was confirmed - that kid has no fear.  He's looking at all the rides in side-show alley - you know those really high, fling you round and round and up and down rides - and asking incessantly to go on them.  Pointing upwards saying 'wow, Mummy'; 'that one Mummy'.

At only 3 & 1/2 he's a good inch or so too short from the minimum height for the majority of the rides with an adult, and for the most part he'll be waiting until he's tall enough to go on without an adult, because there is no way on God's green earth his mother will be going on there with him!!  I did get to take him on the ride my dad always took me on, so it was nice to start that tradition.

Even Father's day this weekend, because Australia celebrates in September, didn't really throw me too much.  There were some pangs, as John is becoming more aware that other kids have their dads around and he doesn't and is beginning to ask more questions. Add all the father's day marketing, which has also probably heightened that awareness.

I guess I'd just call it a normal, garden variety, week.
Posted by Kerryl Murray McGlennon at 12:00 AM