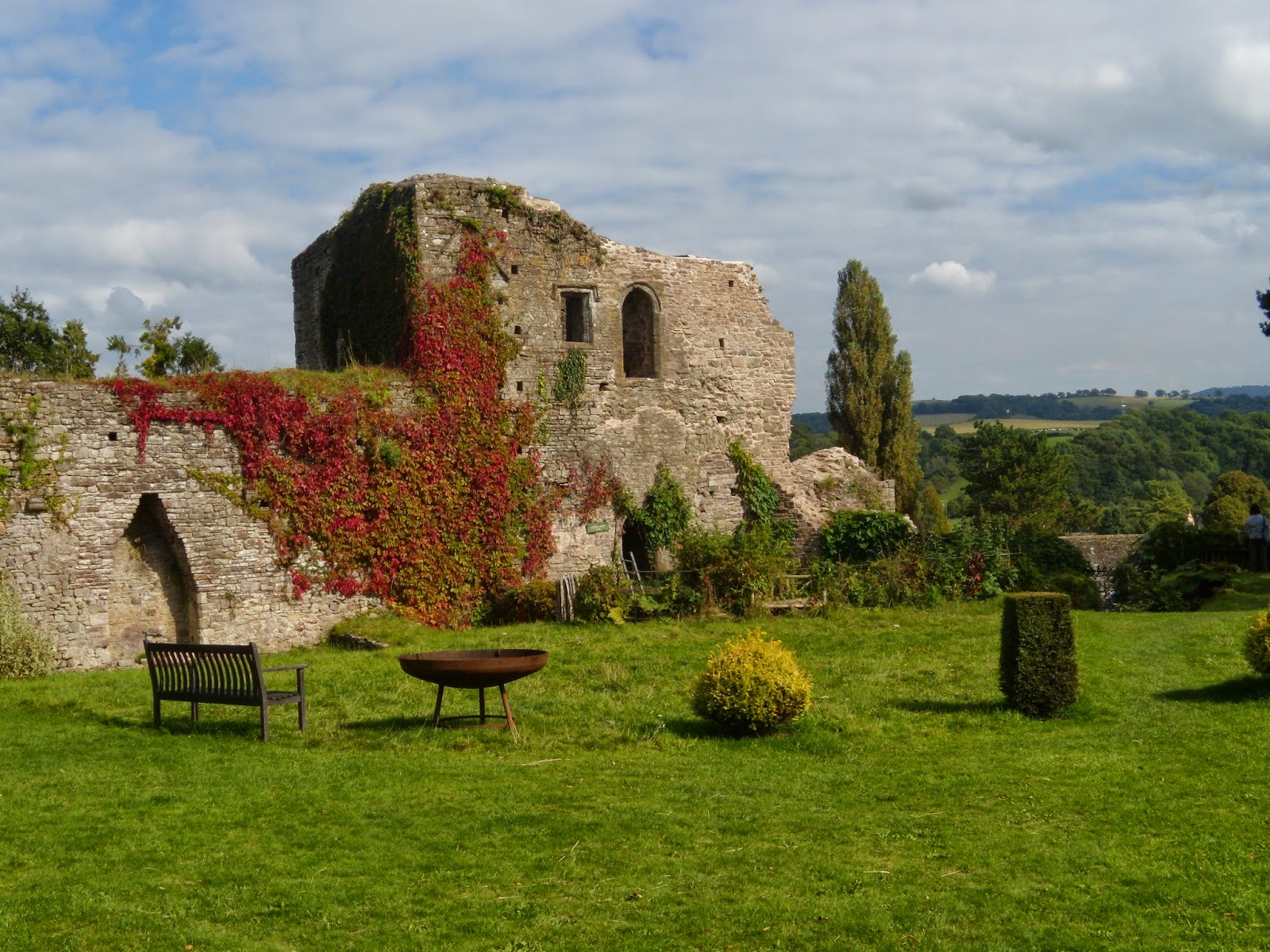 Usk Castle, Usk, South Wales
The past few days since I got home from my trip I've been struggling to readjust to a 10 hour time difference. My sleep has been both in fits and spurts, and long and heavy, and at weird times. But when I woke up this morning after a solid nine hours my first thought was, ok, maybe I'm starting to catch up now, and can get back to normal pretty soon.

Ha! Normal. As if. I can hear you all thinking that, just as immediately as it hit me, what a ridiculous thought that was. What was I thinking? Normal? What the heck is that?

When did I last feel normal, I wondered next? And what was normal? Peace? Comfort? Being used to the way things are, being ok with the way things are? Feeling like the events on any given day were at least reasonably able to be anticipated? I looked it up. The dictionary definition says: conforming to a standard; usual, typical, or expected.

Right. Not much about my life right now seems standard, usual, typical, or expected. Instead, what is now "normal" is conforming to something totally and completely unexpected: the death of my husband.

It got me thinking about the different stages of my life, the choices I've made and the chapters I've lived, and realized that many of them were of my own design, or at the very least, usual, or expected. And I imagine, they are probably much the same for many of us. For a long time, likely "normal" for us was our childhood life. Then one day, we went off on our own - to college, or our own apartment, maybe a new job. This, then, became our new normal.

At another time, we met our loves; we dated, fell in love, got married, maybe moved again, maybe changed careers, had families. This again became a new normal we chose, and even cherished.
Those new normals didn't seem to take very long to get used to. They were happy new normals. Normals we wanted. Normals we felt comfortable with. Expected normals.

The difference with this new reality is that I did not choose it, or expect it. When our loves perished, our lives became strange. Surreal. Aside from the horror, loneliness and heartache, our daily routines became stressed...difficult...and that feeling of normalcy? Of comfort? Nowhere to be found.

As a widow, I have struggled to reclaim any sense of "usual". Some feeling of calm, and peace. Of being used to the way things are, and being ok with it. Some days, it seems impossible. Others, I feel like I am indeed making inroads towards a new future. A work in progress.

I miss Mike terribly. I still have memory triggers and heart clenches every day. But I had a lovely trip, and am pleasantly surprised to be building new memories too, upon the ruins of that happy, old normal. I spoke to my grief therapist about these mixed emotions yesterday, and my uncertainty about my future. She said: that's ok. It's totally to be expected to feel this way, and it's ok to be ok with that. It's kind of just what I needed to hear.