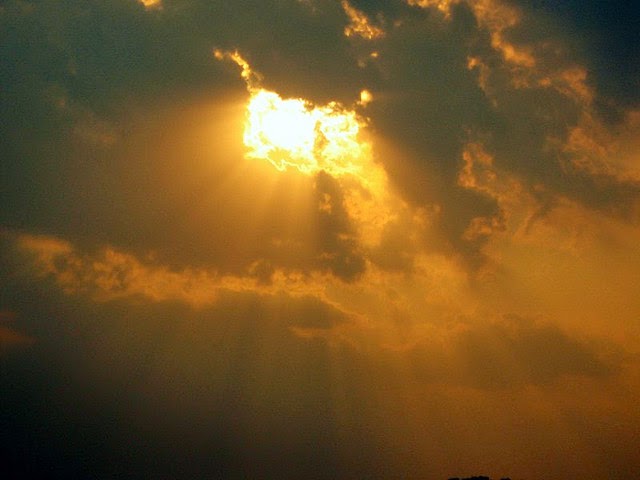 "Don't lie" shouted my step-dad from the other side of the room.

This exchange happened while my Mum was in ICU in April 2008.  My dad called to check up, and we had our auto-pilot introductory exchange.  My step-dad called it for what it was.

My step-dad also said during this time, "Never get married.  Loosing a spouse sucks".

Well look what I up and did.

I've been feeling in the last week or so like I've not actually allowed my grief to do it's thing.

I'm not a crier; never really have been.  My personality sits on the stoic end of the spectrum.  At Ian's funeral, when I did cry over his coffin (and had the out of body experience of "I'm not really doing this, am I?  This just isn't 'me'"), my dad and step-mum told friends that I'd be fine, now that I'd had my breakdown.  Probably correct at the time; but too much of an expectation now.

Let's add to this mix: my family culture is you don't let someone dying stop you from living your life, which has often come from the person dying.

The morning after my grand mother died, my step-mother and I headed interstate to a conference that Grandma had wanted us to attend.

Six months after Mum died, my step-father died from an aggressive cancer while I was at a conference in Mexico, after I'd travelled through Cuba (via London, from Australia). I'd offered not to go, but he'd insisted that I go on this trip which I'd been planning for 3 years.  He apparently loved getting the emails I could send from Cuba.

He'd also told my sister that he and mum wouldn't come back and haunt us as long as we didn't stop living just because they'd died.

So when Ian died, I just kept going.

Adjusted to being a single mum...

Kept on keeping on.

I finally crashed in April last year 9 months after Ian died, as I've mentioned before.  I had a short course of visits to a psychologist, but although she got me through the immediate situation, she and I didn't really "click".  And had a bit of a rough time in March/April this year, but I felt ok enough to manage on my own.  But emotionally/psychologically, that's about all I've had rear it's head since Ian died.

The big thing I've had is illness; recurrent sinus infections hitting each month that I wound up having surgery for last September.  That seemed to fix that problem.

Since the start of the year I've been getting this nasty recurrent cough and at my widow's group this week, after it hit yet again, someone mentioned it sounds asthmatic.  Someone else had ventolin on them, so I had a couple of puffs and thankfully the cough went.  Off to the doctor's the next day, and she said that I responded to the ventolin, that's pretty much diagnostic since I get shocking hay fever which sits on the same gene.  Yeah, hello adult onset asthma.

With that in the background, in the past few days I've been feeling like I've not done this widow & grief thing in the most healthy of manners, even if it's the way I'd 'naturally' process it, and my body is telling me this.  I'm sure some around me will go 'finally, she's got it'; others won't understand why I'm struggling now since there's been the passage of time.

One of the mantras at our group is your mind only lets you deal with what you're able to at any given time.

As I approach 2 years, now I have all the practicalities in place, maybe I'm ready to look into other therapy and/or counselling options and intentionally look at my grief head on for the first time.
Posted by Kerryl Murray McGlennon at 12:00 AM