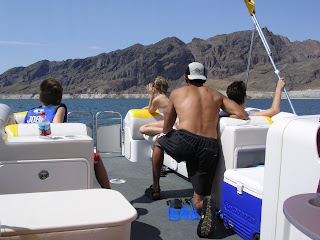 There is a Fleetwood Mac song called "Say Goodbye," that has broken my heart repeatedly over the last four years. I have found the concept of saying goodbye to Phil so difficult that I have avoided it like the plague since he died. You see, there are still speed bumps on this road of grief that I have yet to cross over.

Phil and I were blissfully unaware while we shared our last kiss. The morning of his death was the last time we went out for an early morning coffee run. Our last phone conversation ended with Phil telling me that hearing my voice made his day. I laughed because I had just finished ranting about a problem I needed to solve, and he somehow found that pleasant. Days before his accident we took our last family photo. Weeks before that day in August we'd taken our last family vacation. Minutes before he left for his bike ride was the last time he told me that he loved me. None of these were recognized as final or even finite. Because we never said goodbye, I have since 8/31/05 been afraid to utter the words.

So running along a trail the other day, this haunting goodbye song came up on my ipod. As I ran I suddenly realized that the song that has always shot an arrow through my heart was not about my fear of a final farewell or really even about me at all. Instead the song is speaking from the perspective of the person who has died, and is assuring the ones they left behind that they will see them again. When I heard these words with this new view in mind I suddenly thought about life from Phil's perspective...and a light came on. Maybe he hopes my heart isn't broken, he wants me to know he isn't really gone, he wants to remind me that we will be together again...funny how none of this occured to me until I was ready to consider the idea that goodbye doesn't have to be forever.

Just to be clear, I haven't decided to say the words yet...but I am beginning to get the idea that I may not need to.

http://www.wat.tv/video/goodbye-baby-fleetwood-mac-jsms_jsjl_.html
Posted by Michele Neff Hernandez at 5:00 AM