By Any Other Name~

I've had a bit of an odd thought lately, running through my mind.

When Chuck proposed to me 24 years ago, I was ecstatic but had a condition.  He had to be okay with me keeping my maiden name.  I'd taken it back after my divorce and it had taken work on my part in womens' groups and counseling to win back the me who'd disappeared for the years of my first marriage.  I'd fought long and hard to redefine myself and I wanted to keep my last name.

He was completely okay with it and, honestly, relieved that I hadn't set a serious condition.  He was at ease with it.

At one point, around our 19 year mark, I recall, he mentioned that he'd like it if I took his last name.  I considered it but once again decided against it;  at that point, for me, it was a professional decision as much as anything.  I'd begun a non-profit and my name and role as president was well-established with that community.  Upon giving it some thought, Chuck agreed it would be confusing and it was better to maintain that identity.

We sold everything and went on the road together to adventure and, professionally, my last name wasn't a big deal and in our last year together he asked me again and I really did give it due consideration.  I knew he asked because he loved me so much and it clearly meant something to him for me to share his name.  And part of me wanted to and thought well if it means that much to him, maybe I ought to.  But I still hesitated.  Names have always been powerful to me, and I felt closely connected to mine.  He and I discussed it but ultimately decided against it, with cost being a primary factor.

Now he's gone from my life and my heart is broken and a tiny thought popped into my head the other day that maybe I need to revisit the idea of changing my last name to his.  It would be a way to be even more attached to him.  Maybe it would bring him close to me in a way I haven't felt since he died.  Maybe it would help ease my agony.  Maybe, maybe, maybe....

Hesitation again.  He is so very gone from my life and all that I hold onto is the love he and I shared and that love is bigger than his name or my name.  Which is why I haven't had his name included in the 3 tattoos I've gotten in the 17 months since his death.  The love must be bigger because its all I feel I have to hold close to me any longer.  It feels like my life with him was a figment of my imagination and not really my life for 24 years.  How else can he be so gone?  Why don't I dream of him?  Why don't I feel him?  Why don't I remember what it felt like to have his lips on mine or his arms around me?  Why can't I remember what it felt like to have him sit next to me in the driver's seat for 4 years?  How is he so gone?  And would taking his name now make any difference in that feeling?

Honestly, I don't feel a connection to my own name, any more than I feel a connection to the woman I was with him-she disappeared the night he died.  Names are meaningless to me now because I don't know who I am again yet and it will be a while before that is revealed to me and, in the midst of a world where nothing is okay, I'm not going to make that decision.  Who knows?  I might choose an entirely different name for myself as time goes by that will reflect who I am becoming.

Meanwhile, I hold his name close to my heart.  More strongly than that, I hold his love close in me.

And that's all that matters~ 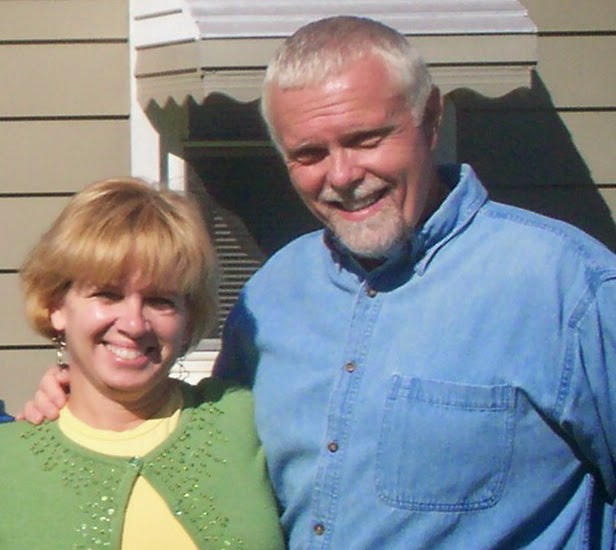