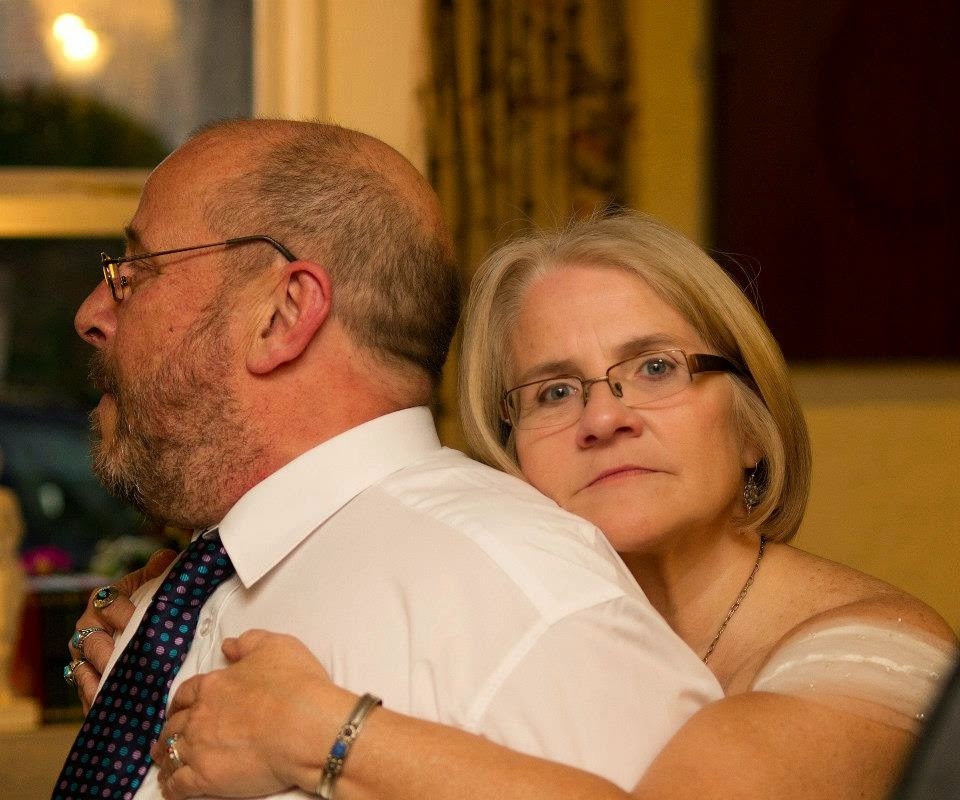 How can I describe the strange set of circumstances that brought me here, from North America to Northern England, to this wild and expansive place, with its sloping, green hills, its mossy, stone walls, to this terrace house, built in 1889, to live the life that my husband gave to me? Over the weeks and months, you will come to know these things. But today, on my first visit to these pages, the most I can muster is a summary of events.

I came from Florida to work in London, in a sort of flight from grief. I had lost my sister and then my mother, there, within eleven months of each other, both through lingering illnesses, and the pain of those losses sent me in search of a different life. I responded to an international recruitment of Social Workers to live and work in the UK, and, six months after my mother’s death, in May of 2009, I arrived at Gatwick Airport, with two suitcases and a broken heart.

For months I covered over my grief, hiding it behind the flurry of concentration it took to negotiate living in a foreign land. I was intrigued by this new place, dazzled by its theatre, overwhelmed by its transport system, excited by the art museums and history museums, enamoured with the wealth of talent and the breadth of history in this country I now call home. I had much to do and see and learn. But I was not good at reaching out to others, and making connections in such a polite and formal society was not an easy task. It was a busy but lonely life.

The man that became my husband attended a Buddhist Centre in Manchester, from the same tradition as the South London Centre that I attended, and we came to know each other through our practice, there. We traded emails and phone calls for a couple of months. He shared his life story with me, and I was impressed by his ability to express his sorrows so openly, and that he seemed able to forgive those in his past who had caused him harm. He called it ‘shaking hands’ with his childhood.

Once, about a month after we had been communicating, I awakened in the morning to an email that contained a poem by Rumi and a picture of a sunflower.

How many 60 year old men read poetry and admire flowers?

I wanted to know this man.

We met. I held his hand at the Manchester train station, and looked into his clear, blue eyes. At 5 foot 4 inches, he was almost the same height as me, a rarity. Already we seemed a perfect fit.  On our first date, he drove me through the bustling streets, past the red buildings of Manchester’s inner city, to the Buddhist Centre, a beautiful building of wood and brick. Everyone knew him there, and greeted him warmly. We sat in silence, for awhile, before the shrine, the sweet smell of incense smoke twirling toward the ceiling.

He shared his vibrant, colourful world with me—Sunday dinners in country pubs tucked into quiet corners at the end of winding roads, long drives throughout this vast and stunning landscape he cherished, a large and robust family—six children, four sisters, three grandchildren, a host of lifelong friends. Music and dance. Humour and joy. He was comfortable with who he was. He was grateful for his life. He was peaceful and content. 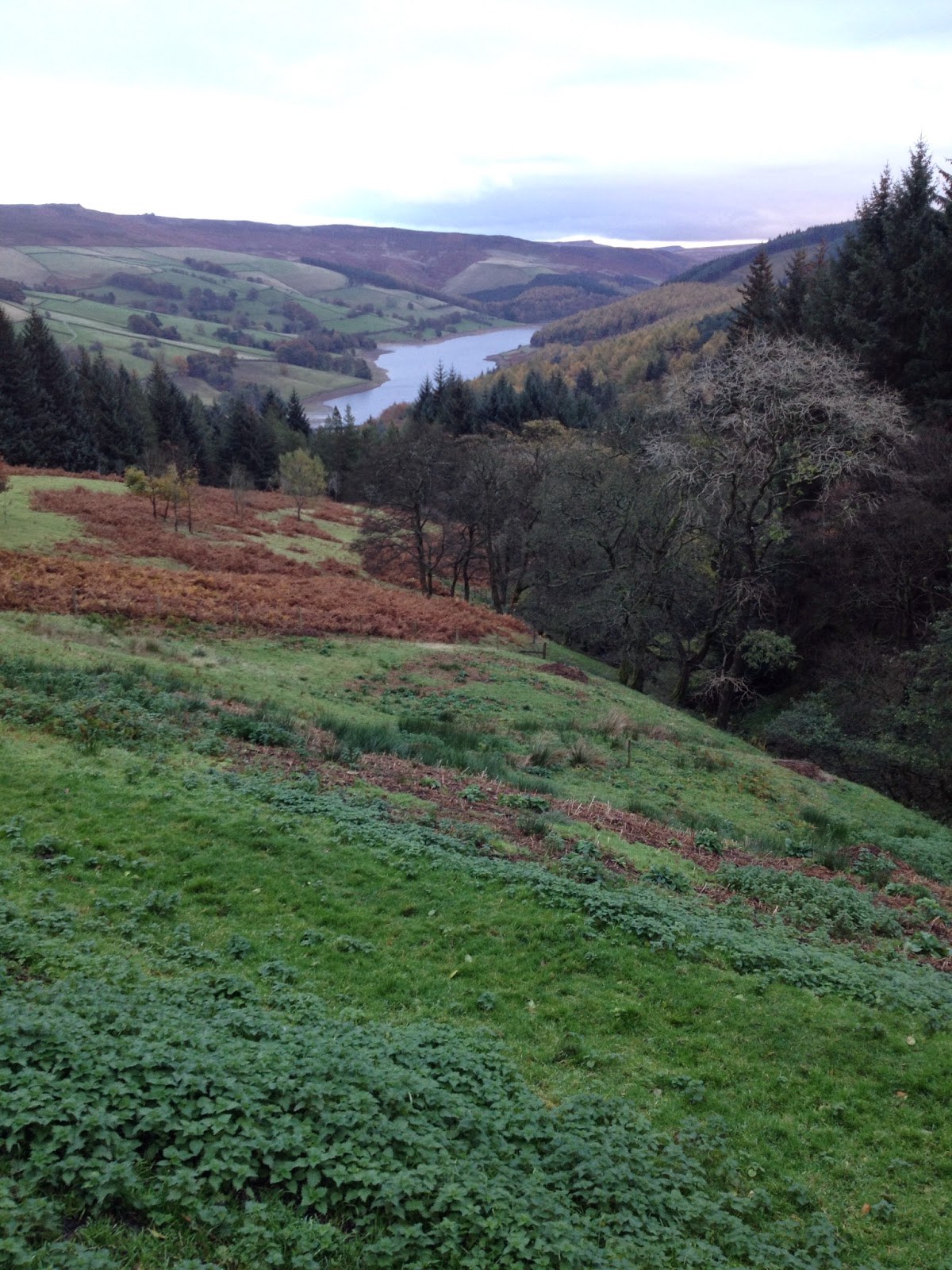 We married on the 17th of November, 2012, and set about building a life. I moved into his home, found work, made a place for myself, and settled into my plan to grow old with the man I loved.

We overcame anxieties and conflicts and sadness, too. Merging the lives of two people who had traversed through many years and been hurt in other relationships had its challenges. He had some health problems, as did I. In April, he spent five days in hospital with an infection, and his recovery was slow and arduous. He lost a good friend, earlier in the year, and another good friend had had a heart attack.  He was beginning to feel his age.

I had ties in America, a son I needed to visit, and this, too, put a strain on our relationship. We both could not afford a trip to America each year, so I went, on my own, in the summers, to visit my boy. In May, he graduated from university in upstate New York, and performed a senior recital, and I felt I needed to be there. My separation from Stan at this tender time was difficult, and far too long. We missed each other, terribly. I vowed not to be away from him for so long, again.

Five days after I returned from America, the police came to our door to tell us that one of Stan’s sons had been found dead. He was 39. We spent the next two weeks swimming in grief and shock. We made funeral arrangements, notified his brothers and sisters and other relatives, cleaned out his flat. Stan was tired, and distant. I chalked it up to the exhaustion that comes with such a deep and tragic loss. I tried to console him, and give him space. I didn't know how to make it better. We were intent on getting through the day of his ceremony, hoping, then, to begin to heal.  Gavin’s funeral was set for the 9th of June.

On that day, after Stan had said goodbye to his son in a moving tribute that left everyone in tears, he walked hand in hand with me outside the chapel, looked into my eyes, and collapsed to the ground.

My beloved husband was dead.

He brought me into his vibrant, colourful world, and left me in it.

Nearly five months later, I am still in shock. Except when I’m not. Except when the reality of his absence sends me to my knees. Each night that I arrive home and there is no one to pick me up from the train station. When I put my key into a darkened door. When I reach for him in our bed and find an empty place, instead. When I chase away the silence with television and internet.

These hills carry his spirit. I feel him everywhere. Sometimes they bring me comfort. Sometimes I want to run away from them, move to a different part of the world, like I did before, to make another flight from grief.

But I won’t. It doesn’t work, anyway, this running. I love these quiet, windy places, surrounded by stone, dotted with sheep. This is where he is. And I don’t want to leave him behind.

This time, I’ll face my loss. Lean into it. Shake hands with it, as he would say.

I have no other choice.