Taking The Rings Off 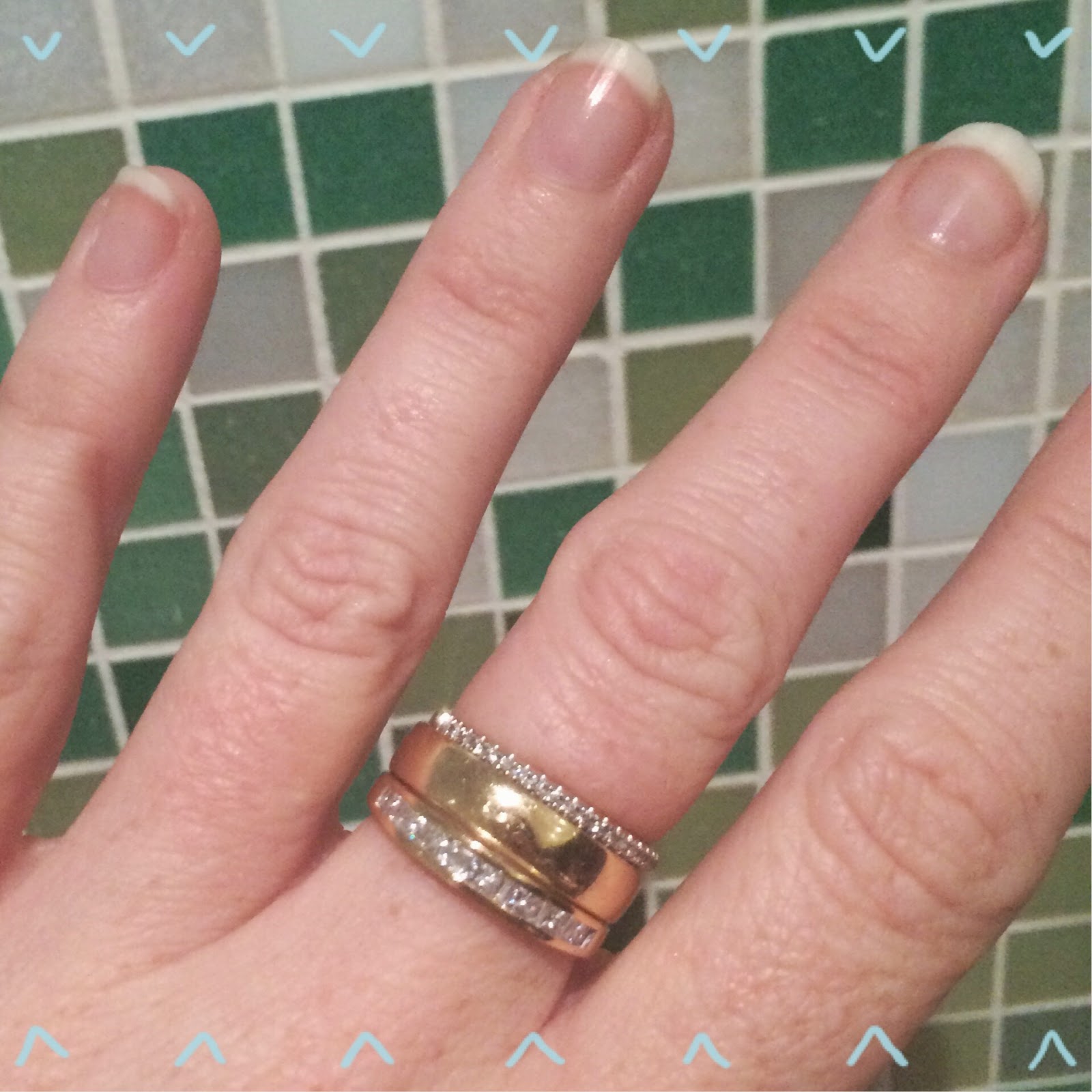 I passed another milestone this week, something I've been approaching and thinking about for a few months but have only now felt ready for - I took my wedding rings off.

Well, to be more accurate, I moved them from my ring finger.  I had my wedding band re-sized and it now sits on my middle finger alongside Dan's wedding ring and a small eternity band that I bought myself to complete the set. While my engagement ring, which is much too beautiful to be put back in a box, is now on my right hand. 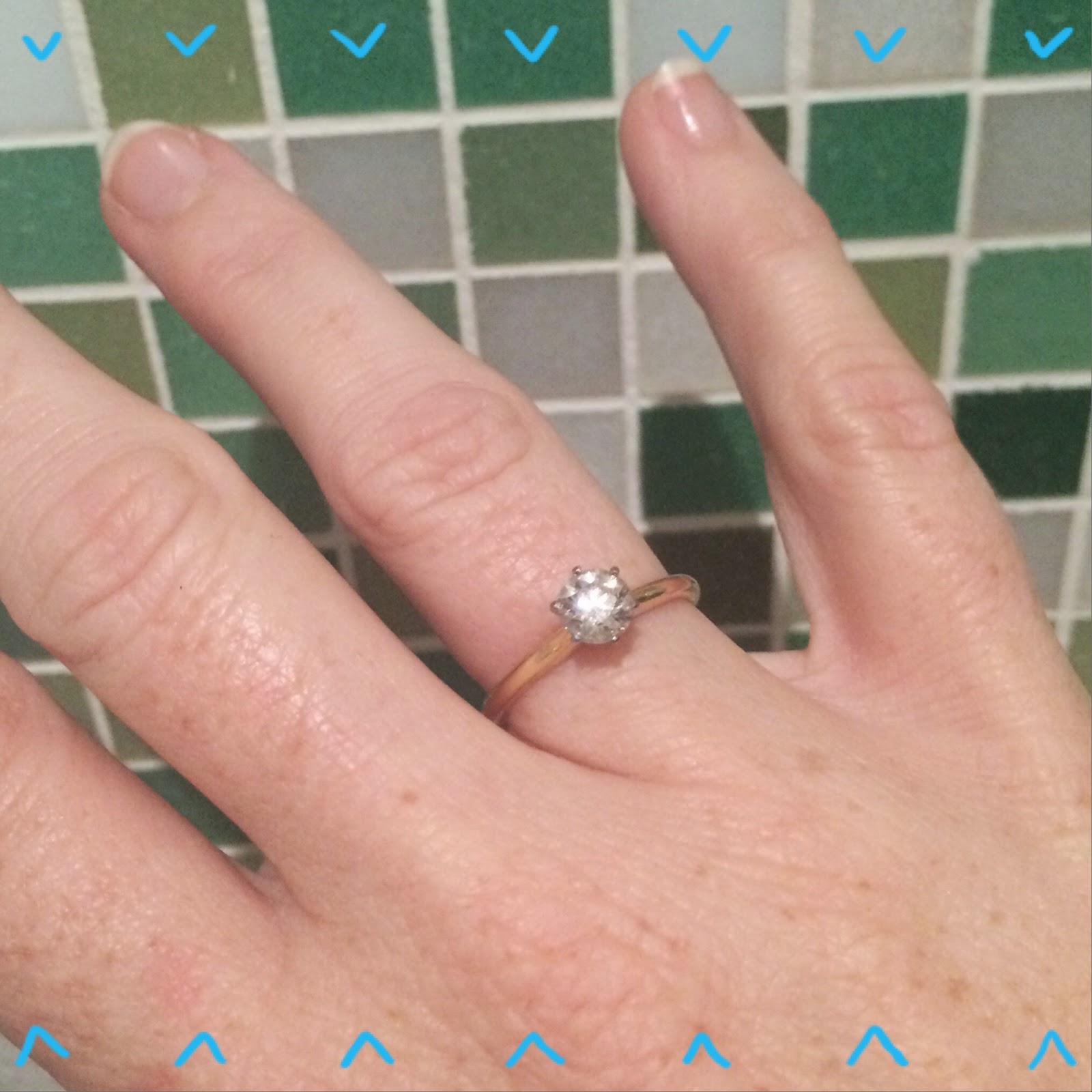 For a really long time after Dan died I couldn't imagine ever being ready to take my rings off. He died six weeks after our wedding and to say I felt monumentally ripped off that I didn't get more time as his wife before becoming his widow is an understatement.

I was still basking in my newly-wedded glow - stifling giggles when I said the words 'my husband' out loud; getting used to my new name and title of Mrs Collins; and catching myself staring dreamily at my wedding ring finger .  Then, way too quickly, he was gone and there's probably never been a more appropriate time to use the phrase 'the honeymoon was over'.

When he died, the peple in our lives scrambled to try and make sense of how depression had taken this wonderful man so suddenly and without warning. I was petrified that they would look to me as somehow failing him or not being enough to keep him here.

Thankfully, my fears were mostly unfounded but my rings were my security blanket - I clung them as symbolic and physical recognition that he loved me and he had wanted the whole world to know that.

In moments of doubt when I would battle the feelings of abandonment and rejection, I'd clench my fist around my rings and let them reassure me that our marriage was real, our love was real and that even through the darkness of his depression he had opened his heart and given it to me. That had really happened.

After attending Camp Widow in July, I started thinking about what it would mean to take my rings off.  Both what it would mean to me, and what it might mean to others.  If truth be told, I have felt ready for a while now but it was the fear of others judging me or making assumptions that has held me back.

I didn't want people to think that I had finished grieving Dan or had put our marriage behind me or that I was moving them to make way for someone else and was 'on the prowl' for a new partner. Because all of these assumption are obviously (to me anyway!) absurd and incorrect.

I just really started to like the idea of moving my ring to be closer to Dan's. And the more I thought about it, the more right it felt.  It became more meaningful, to me, to wear them together as a sign of our union and an acknowledgment that he is still close to me and part of my story.

To me, this became more symbolic than wearing my wedding and engagement rings on my wedding finger. Because (and these are my feelings only, they won't be everyone's truth) while Dan will always be my husband, our marriage is, very sadly, over in the traditional sense. I'll always love him and moving my rings hasn't changed that relationship at all, I just feel like it's more 'right' for me to change the way I wear them.

So I took them off and waited for some sadness or sense of regret or panic ... and nothing came.  I think the fact that I didn't rush it has helped.  But all I felt was peace.  I like the way our rings look together, I think they are beautiful and I wear them with pride.  When people comment on them, or my engagement ring, I will relish the opportunity to explain their meaning and talk about Dan.

I'd love to hear your own experiences on how you've moved through this milestone and what become right for you.

Posted by Rebecca Collins at 12:00 AM