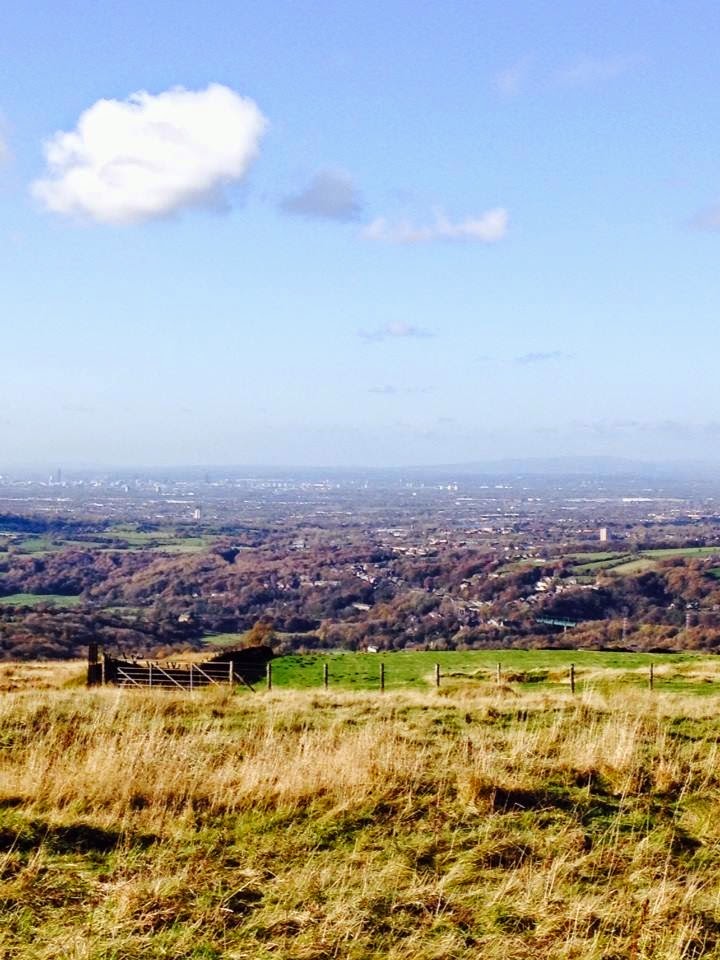 From the first time I met him, Stan spoke to me of his impending death. Not that he dreamt it would be happening anytime, soon. He just seemed to have a keen awareness of the one, inescapable fact of life we all share—that we will one day die.

I don’t know. I only know that the possibility of death was always at the forefront of his consciousness, and it informed the way he lived his life.

He appreciated his days--even the smallest things--a good cup of tea, a rabbit hopping up a hill, the sound of rain on our roof, a chance encounter with an old friend on the High Street.

He didn't waste time on unimportant things--holding grudges, for instance, even against those who had done him great harm. Minor irritations, like traffic. He once phoned me from the motorway, on his way to London, having been stuck in traffic for two hours. His concern was not with himself, but with the persons who had probably been injured in an accident. He had more patience than anyone I have ever known.

The first weekend we spent together, Stan took me to the summit of Monks Road, a street with ancient, Roman roots. The Monks of Baskingwerk Abbey walked this road in the 12th century, bringing their goods to market in the village below.

We stepped to the edge of a grassy hill, overlooking Manchester on one side, and Glossop on the other. The lights of the city cast an eerie glow on the dark, starless sky.

“I come up here when I am not feeling right,” he told me. “I look out over these hills, and realise how insignificant my problems are.  When I die, this is where I want my ashes scattered,” he said. “I want others to come here, after I’m gone, and recognise that, too.”

I remember feeling so privileged that he had shared his sacred spot with me. I felt honoured that he trusted me, already, with his eternal place.

When he died, I discovered that I was not the privileged, trusted person I had envisioned, after all.

He had brought almost everyone he knew up to that spot, at some point, giving each of them a similar speech.

He made certain we were very clear about the location of his final resting place.

I will take him there, but not just yet.

For now, I have his ashes here with me. They are heavy and dense, settled inside a large, round tube. I have made him a little shrine, in the bedroom, with our picture above it, and it is a comfort to me, this cardboard barrel of bones and ash. It is what I have left of the body I loved.

In the spring, his friends and family will gather to scatter them there, in the nutty grasses, surrounded by his beloved hills.

I've decided to install a bench, too, at his sacred spot.

There are many memorial benches here, in England, set amongst the grasses and trees.

Here is one of them, along a path I frequently walk: 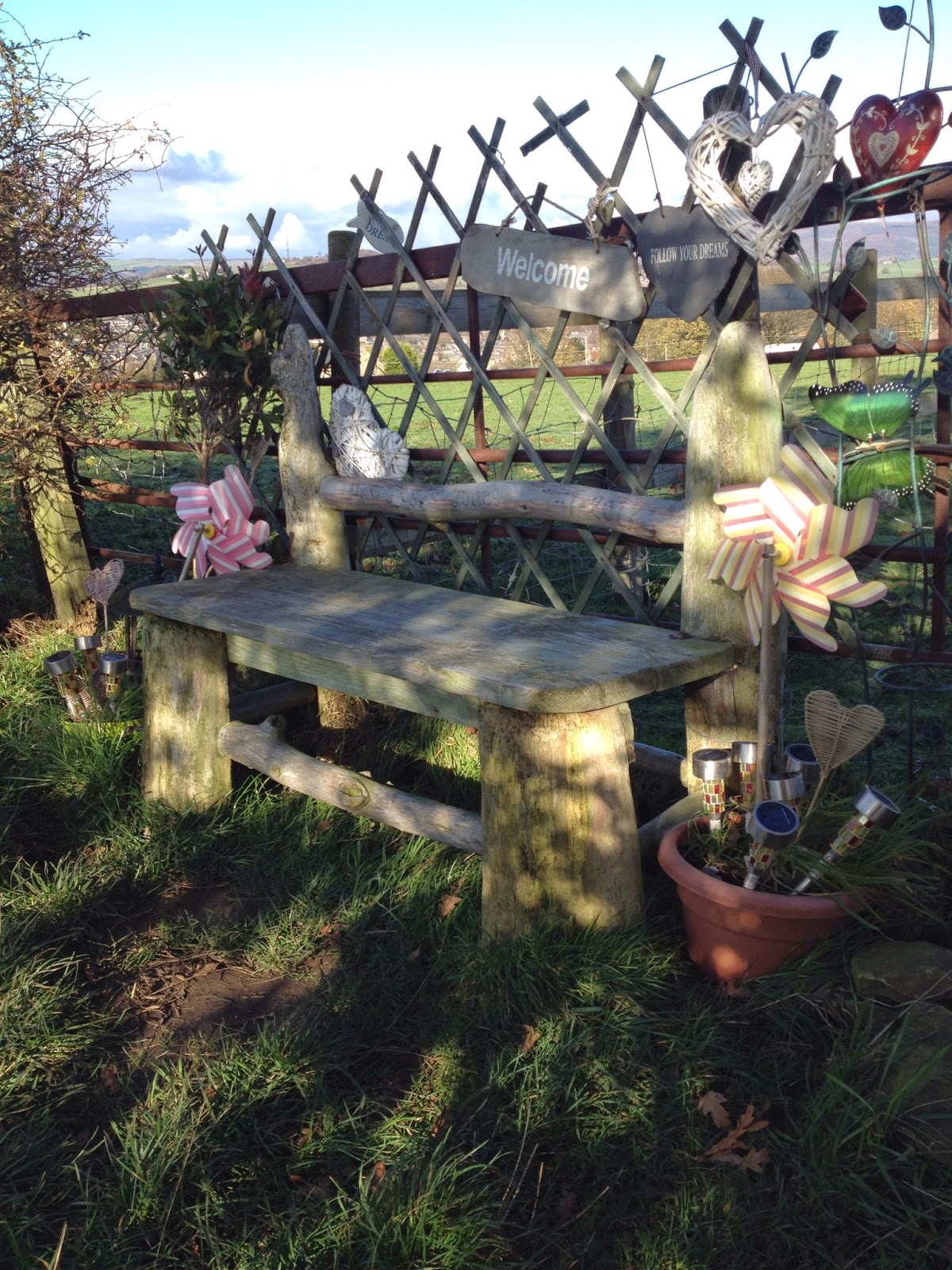 This one was erected by a grieving mother, I am told, who awakened one morning to find her seventeen year old son, dead, in his bed.

There are chimes and wind toys and wooden hearts, left in modest offering. It is quiet and peaceful, this resting place.

This is the view from the young boy's bench: 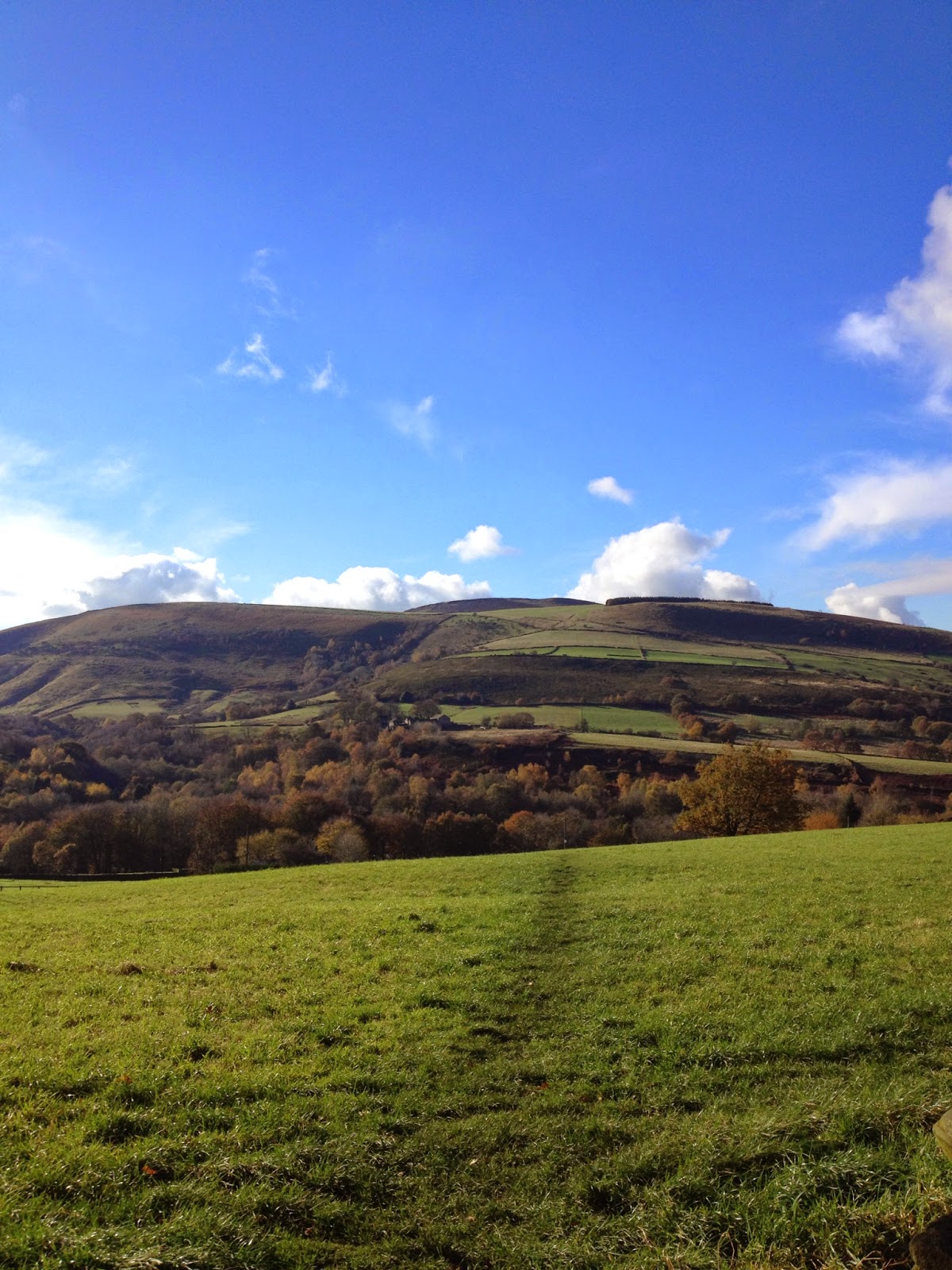 I like to think that his mother and others who loved this young boy find some sort of solace, here.

I hope the bench I place in memory of my husband will bring those who knew him comfort, too. I hope they will come to the summit of Monks Road and sit with him awhile, leave a flower, have a chat.

I hope the view will help them to remember how small their problems are.

I hope it will help them to remember him.