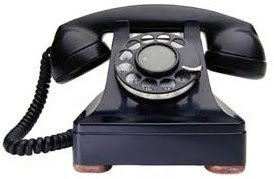 I haven't called Jeff's number in almost two years. In the first few days after he died, I called him repeatedly....apologizing. Wishing I could have saved him. Begging him to come home.

His cell phone number is still programmed into the home phone and my cell phone. I will never be able to delete it. If it is on my phone, it seems that he is just a call away. Not too far.

Our home phone had a special ring programmed announcing that the caller was him. Some classical song that was exciting and uplifting. When I'd hear it, I would bolt from whatever task I was involved in and launch myself over children and furniture to catch it before voicemail took over. I haven't heard that ring in so very long.

One evening after putting the kids to bed, I felt compelled to phone him. To close the gap between us and pretend for just a moment that I could succeed with this seemingly small and mundane task of calling my husband.

I dialed the number and attempted to breathe as my heart leaped from my throat and down to my abdomen. It rang three times before the new owner of the number answered it. I waited to catch my composure and squeaked out, "Can I speak to Jeff, please?" She tersely coughed out, "Wrong number," and hung up.

I sat sobbing. He was gone. I couldn't bridge the gap. I couldn't reach him. After sometime, I managed to settle myself. I rolled over on my soaked pillow and stared at his dry one in the dark as I fell asleep.

At two am, I was jolted awake to the sound of an 'exciting and uplifting classical song' being belted from my telephone. I snatched the handset and stared at the call display. "Jeff" I thought I'd vomit as I answered....... Nothing. Silence. Dead air. He wasn't there.

But for one brief moment, I remembered how it felt to know he was out there. He was thinking of me. He was calling out for me....and he loved me.
Posted by Jackie at 5:00 AM