The same??? a cranky rant 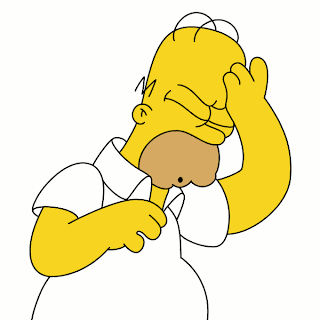 Image from here....
First posted on my personal blog on June 25th, 2008 (Three months after Jeff died) while still in the throws of "death anger"...
The kids and I went to a small toy store to find a little toy for Liv and Briar on our way to the wedding on Sunday. The saleswoman was one of those types that drive you insane while shopping by following you around and making comments on anything that holds your attention for longer than 3 seconds. She must have been curious about why we kept referring to ‘Daddy’ in the past tense. (Daddy didn’t like that. Daddy thought that was funny. Etc…) When I went up to pay, I explained that I was trying to find a few things to keep the kids busy while I was doing photography at a wedding. She says, “Well, where’s your husband?” Like it’s any of her business. What if he left us for some skanky, gymnast with a leashed pet bunny named Gerome? I just said, “He’s dead.” I’m so tired of the questions and the ridiculous euphemisms for death (passed away, left us, in heaven, etc.) I find if I just say ‘it’ they usually stop. Not this chick.
After getting past her questions about the circumstances relating to his death (I STILL have a hard time telling people that it’s none of their business and that I’d rather not talk about it to a total stranger, she begins this fucking stupidly long story about her grandfather’s death in a car accident when she was 3 years old. I didn’t quite understand why she was telling me all of this. Now, I don’t doubt that her grandfather’s sudden death caused her family a lot of pain and that it was hard for her family. But she then says to me, “So I totally know what you’re going through.” Huh?
I fail to see very many parallels in these two events other than that they were both males and they died suddenly. UNLESS:
- She was over say age…..5.
- She was in love with her grandfather and not in the grandfathery sort of way.
- They had children.
- Her and her grandfather’s children were there when he died.
I could go on, but I am sure that someone will take offence to this anyhow and I think you probably get my point.
I think often people don’t know what to say and so they just spout off the first experience that they’ve had with death and assume that it’s all the same. Maybe after I left, she thought “God, I’m a dumbass.” But I doubt it.
Posted by Jackie at 5:00 AM