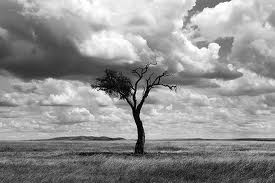 (picture from here)
..... is what I seem to be doing right now.
And while I am proud of myself for being a survivor ....
that job is not over.

I am still surviving.
It seems to be an ongoing action.
I didn't survive WWII and then it was over.

I didn't survive raising teenagers (not yet anyway) and then they're grown and on their own.

I didn't survive something that has a finite end to it.
At least, not until I have my finite end.

I am still surviving.
I managed to go for months and not think about the job of surviving.
I even managed to believe that the worst part was over.  That it's all down hill from here.

But then some people hurt me.
They hurt me a lot.
And now ..... I am back in survivor mode.

But then, Jim didn't come with a ton of baggage at the age of 21.
Of course we both had our own baggage, but not a ton.
And we were both able to see our baggage and admit to it and we learned how to unpack it .... together.

It is now close to 30 years later ..... and everyone has baggage.  Tons of baggage.
Huge steamer trunks.  Packed to the brim.  Even if they deny it.
It seems that the people who deny that they have baggage .... are the people who hurt you the most.
And seem to care the least.

I am really pissed at the moment.
I am pissed that I seem to have gone about 2 miles backwards on this path.
At least.

I had been making progress.
Pretty damn good progress.
And then, one day .... I wasn't.
And I'm not.

I know that I will again.
I know that this tsunami of emotions and of missing him and of hating that this is my life .... will pass.
The waves will slowly ebb back out.
I'll start feeling more stable standing in the water, with my eyes searching the shore.
Searching for something stable.  Searching for a hand to be held out .... a firm hand to help me step up on the shore.
At the moment there are no hands.

There are only expectations from others.
It's been 4 1/2 years .... I am expected to be firmly on the shore, not being knocked down by waves and certainly not needing a hand.

I am starting to really hate these expectations ..... and the people who have them.
And while I would not wish this road on my worst enemy ..... there are some people who will one day be on it ..... and I hope they don't look to me for a hand.

The people on this road are some of the best people I know.
They don't have expectations for others.
They don't hurt others on purpose.
They all know that life is short, that most battles aren't worth fighting, and that everyone ..... every single person on this earth .... has something.

And every person on this road would selflessly reach out to the person behind them.
Because that's just what we do.
Knowing that there's nothing worse a person could suffer.
We reach out to those behind us.
Even those who hurt us beyond belief.