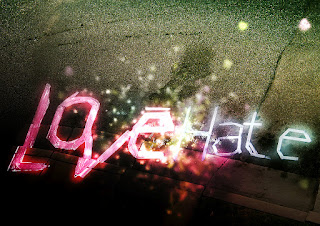 I don't think it feels the same way about me.  It just exists.

But I ...... I mostly hate it.
And yet sometimes, in the midst of feeling that hate, I think I also feel a little bit of love.
Which is probably as hard to understand as it is to explain.

But permit me to try.

This past weekend Son #3 and I went to Oklahoma to attend another home football game at my university (and soon to be his university).
At Jim's AND my university.
Where we met.
And fell in love.

Where it all started.

We visited it several times over the years, taking the kids when we could ...... and taking our yearly Christmas card picture there on our Thanksgiving trips back "home".

I absolutely loved college.
And it is forever linked in my mind with Jim.
Even though we didn't meet until the second semester of our junior year.
We are all three linked.
Forever, in my mind.

There have been a lot of renovations over the past 5 years.
The campus is even more beautiful than it used to be.
Saturday I was walking across it with my very good friend who's known me since we were both 17.  Before college.
Before Jim.
After becoming his wife.
After becoming a mom.
Times six.
She knew me in my "before".
And she's been there for me in my "after".
I know that she misses the "before Janine" as much as I do.
And she misses Jim.

Anyway, as we were walking and looking at the new Student Union, my mind ...... even after almost 5 years ...... went "there".
You know the "there" I'm talking about.
My brain, for just a second, thought, "I need to take pictures so that I can show Jim how beautiful this is."
And for a moment, I hated that.
I hated the tears that stung my eyes as I tried my best to fight them.
I hated the lump that formed in my throat after I told my friend what had just happened.
And I hated the grief that gripped my heart, and made me wonder if my mind will ever stop going "there".

So yes, we have a love/hate relationship.
Or at least I do.
Unfortunately for most of you, Grief is not very monogamous.
Which is another reason to love/hate him.

In my mind anyway.