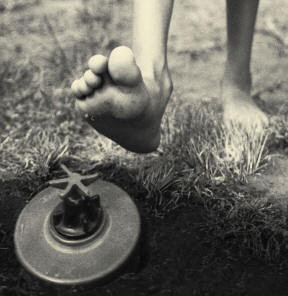 So I did a little beginning of the new year organizing: cleaning out old files, sending things to Goodwill. I opened a box I apparently hadn't opened since it had been packed in 2007. The box contained some of Daniel's books, all of the condolence cards I received after the funeral, and his LiveStrong notebook. The books were mostly financial in nature, although there were a couple of "health and healing" books. The cards were sad to read, and I felt alternately decades away from that time, and suddenly right back in it. That in itself wasn't too bad, although my heart did sink when I realized what the cards were.
What caught me by surprise was the LiveStrong notebook. He hadn't had it for very long when he died, and I didn't remember if he had even used it. The notebook was a tool for tracking your treatments and doctor's visits. I saw it in the box and thought to myself - "should I keep this? I don't think he even got the chance to use it. I should flip through it to make sure before I get rid of it....."
I sat on my bed and casually flipped through the notebook, noticing the tabs for different subjects. I saw a few notes in his distinctive handwriting, and I began to pay closer attention to the content. One of the tabs was for recording diagnosis information and treatment plans. He had updated it for each diagnosis, including his last one, and the treatment plan for each - including his last. He only had three days at home between the time he was told the treatment protocol for his last treatment, and the time he went to the hospital and never returned. In that three days - while totally drugged up on morphine, Daniel wrote the treatment protocol in his notebook and left a space for his reactions to the treatment and his results. He never got to fill those in. He died the next week - his carotid artery suddenly burst by the cancerous growth in his neck.
The renewed realization that even in his last moments he was planning his recovery was a kick in the gut to me, and I sat there on my bed in shock. At the time I knew he was fighting to live, but to be reminded of it five years later was hurtful in a way that surprised me. It took me a few days to realize what bothered me so much. Even after his third and completely bleak diagnosis, he wasn't planning to die. He wanted so desperately to live. He didn't get the chance to really come to terms with his illness or its apparent shitty ending - it all happened too fast. I have always wanted to tell him how sorry I am that he died. I have always wanted to say how sorry I am that he tried so hard in vain. I've wanted to tell him it just wasn't f-ing fair to him.

We said a lot of things in those last few weeks, and I don't have any regrets or feel like I didn't say something I should have. But I think the notebook made me realize in a different way that I felt like there was something very important still unsaid. I shared so many things with him, and one of the most important events in his life - his death, I also shared with him. I was there with him, watching it happen. It was horrific for me, and I always wondered what it was like for him. We didn't get to talk about it. Clearly, you never get to talk to the dead about their death - at least not in this lifetime. Who better than the readers of this blog to understand that? It's true for all of us, but even 5 years later, that just sucks.
I like to imagine sitting in a pub with him and having a pint and a nice long chat about it all. Maybe some day we will.
Posted by Michelle Dippel at 4:00 AM