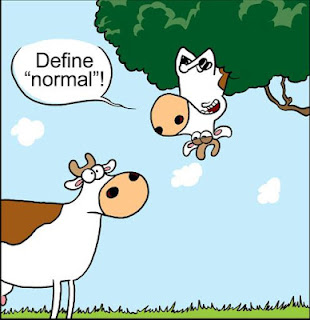 Back from spending 4 days with people I know and love .... people who understand, and love, me.
Back from meeting new people, who I understand ..... and with whom I instantly connected.
People who don't expect me to be anyone other than who I am ..... now.
People who know there's really no such thing as .... "normal".

I always leave Camp Widow wishing that we all lived in the same community.  Can you imagine living in a place where most of the people you know are widowed?  Where everyone understands that some days are just "stay in bed days", and that sometimes a wave comes out of nowhere and knocks you to your knees.
How different would it be to live among people who know that hitting the one year date does not magically bring about healing and who don't question or blame you for not "getting over it" and getting back to "normal".
I think that living in such a community would make me feel ..... ironically ..... more "normal" than I've felt in over 4 years.

But that's not where we live.
And those aren't the people who surround us.

So here I am .... with another Camp done, summer coming to an end and another school year rapidly approaching.  My schedule will start filling up as different activities start back up.  And I'll often be the only widow in the room.
And I will deal with that.

But I won't stop being who I am to make other people feel comfortable.
And I won't meet some expectations to be who I used to be.
I will not meet their definition of "normal".

But I know that when next April rolls around .... and Camp Widow East begins .... I will once again be surrounded by friends .... who will make me feel absolutely, positively .... normal.