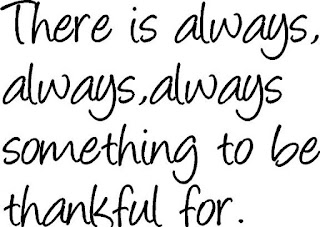 Which, sometimes, makes this time of the year very, very hard to endure.

I had always heard that this time of the year has a higher incidence of depression and suicides than other times.
I thought I understood that concept ...... "before".

I had no earthly idea.

Now I am a statistic.
I'm one of those people who find the holidays depressing ...... and wish we could just skip the whole damn month.
Or two.
Or three.

My "death march" (the days leading up to the day he died ...... the days that my body tunes into the date,
even when my mind doesn't) starts around now.  It really solidifies into a steady beat on Thanksgiving.
Making that holiday so.  much.  fun.
Not.

This doesn't mean that I'm not thankful.
This year.
Being thankful has gotten easier.
I imagine that on my first Thanksgiving without Jim ...... if you had asked me if I was thankful for anything ...... I could have sarcastically said, "Yes.  I'm thankful that my children aren't dead, too."
And that's about all I could've been "thankful" for.

But each year has brought more thankfulness.
Or actually, with each year that passes I am more able to realize that there are many things for which I really am thankful.
Even though I'm still grieving harder at this time of the year.
Even though this whole thing still sucks.
Even though ...... well, just ...... even though.

I am happy.
And I grieve.
I've found that those two things can now peacefully coexist (most of the time) in my heart.

As I've said before, my "after" happy is different than my "before" happy.  I doubt that I will ever see my "before" happy again.
And while that sometimes makes me feel sad, it's also OK.
Now.

Those cold, inky black days of grief are behind me.
Now.
The future, though still totally unknown ...... and unplanned ...... looks brighter.
Now.
I don't wake up each day with my first thought being, "Jim is dead."
Now.
I dont' fall asleep at night with my last thought being, "Jim is dead."
Now.
I don't long for death.
Now.
I can think of Jim, and all that we had, and not feel that cold, sharp slice into my heart.
Now.


During what can be a perfectly horrible time of the year.
But hopefully, and most likely ...... not always.